Astrophotography image captures can add up quickly. They also tend to not be very small. Once you add in darks, bias and flats, you can have quite a mess on your hands.  Organization The fist problem is figuring out how to store the files so that it makes sense and you can get the files you need in a hurry. I started off with just a folder where I threw everything in and thought my naming convention would keep my astrophotography image collection organized enough. I was very very wrong. What I recommend now is a different method, and I… Continue reading

FREE ASTROPHOTOGRAPHY BOOK !! Since this is our first contest, hopefully of many to come, we decided to keep things simple. Sign up for our mailing list and get entered for a free Kindle version of any of the books by Allan Hall currently available. It’s that easy! Share this post! Continue reading 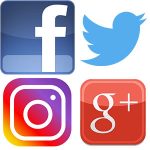 It is probably overdue but Allans Stuff is finally joining social media. To start off, we will work on getting our blog posts  linked/posted to Facebook, Twitter, Instagram and Google+, in that order. This may take a while to get fully implemented so if you are primarily a Google+ user it may  be a little while before you start seeing content. Of course we will be engaging with our fans on these platforms as well but that too may be a little slow to start with so please bear with us. We already have a presence on YouTube at https://www.youtube.com/c/AllanHall with… Continue reading

Relaunch of the AS Astrophotography Forum! When I first started writing books I thought setting up a forum for support of the books would be a good idea. Unfortunately I never really kept up with it and soon it fell by the wayside. It soon broke to the point that new users could not even register. Sad. Recently I have had some people ask me what happened to the forums and so I decided to put in some work and get them back up and running. After many upgrades, head pounding, and new additions, the new and improved astrophotography forum is… Continue reading

A while back, a customer who goes by Brucer on Amazon, suggested I add more data to the web page for Long Exposure Astrophotography so people who bought the book would have more astrophotography data to practice with. I thought that was an excellent idea but was crazy busy at the times. I have found some time to add a little to the website so I am please to announce I have uploaded additional astrophotography data including lights, darks and bias files that I used to process my images of M16 the Eagle Nebula, M22 cluster, IC281 the Pac Man… Continue reading

Most people interested in astronomy know the name Messier because they use the Messier Catalog for both visual astronomy and astrophotography. Charles Messier, the name behind the catalog, is not always so well known. I thought I would take this opportunity to introduce Charles Messier to you. Charles Messier was born in Brandonviller France on the 26th of June, 1730. This was just north of Lac de Pierre-Percee and about 80km west of Strasbourg, France.  His mother Françoise B. Grandblaise, and father, Nicolas Messier had twelve children. His father worked in the Prince of Salm’s administration as a court usher… Continue reading