Before talking about astronomy books, lets ask what is astronomy? It is the observation or study of object in the sky. To me it is not just study, but capturing the object with my camera (astrophotography) and doing my best to understand more about the universe around me.

Every since I was a kid, and I will bet this is the same with most of you, I have been fascinated by things in the sky. From the brightness of the sun and moon, to the faint haze you can see on the belt of the constellation Orion. What makes the sun so bright? What is that fuzzy patch in Orion? Why does the moon appear at different times each night and with different parts lit up?

These questions and many like them are what got me wanting to learn astronomy. My parents gave me a small hand held telescope when I was a kid and this really didn’t do much for me. They did get me several space and astronomy books which i devoured.

Many years later I was out on my own and got enough of a paycheck from working straight through the Thanksgiving holiday weekend (four days, three shifts a day, time off only for going home to shower and change clothes. I ate and slept at work) that I bought my first telescope. This telescope was both amazing in letting me see Saturn with her rings and Jupiter with his moons, and frustrating because back then there was no easy way to learn how to use an equatorial telescope mount. I tried to find some astronomy books for beginners but they were difficult to find (no Amazon back then!)

This frustration sent me into a fifteen year sabbatical from all things astronomy. As things do, the urges came back and this time I could afford to spend a little more money and a lot more time getting into the hobby.

Since I already had a background in photography and a ton of equipment for it, I aimed straight for astrophotography. 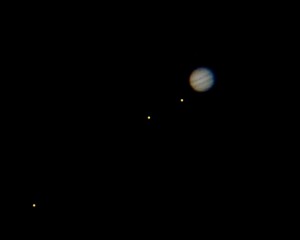 Above is my first digital astrophotograph. It was the first one shot through my equipment I bought after my 15 year absence and my first “real” attempt at astrophotography. If you can not tell, it is the planet Jupiter with three of his moons. This was shot on the same night as “first light” for my new telescope. First light is the term used to refer to the first time a new telescope is taken outside and used for its intended purpose.

A large portion of this website is devoted to astronomy and in particular astrophotography because it is a large portion of my life. Time I do not spend looking up and imaging the heavens I spend writing about it, so that pretty much makes me a real astronerd 🙂 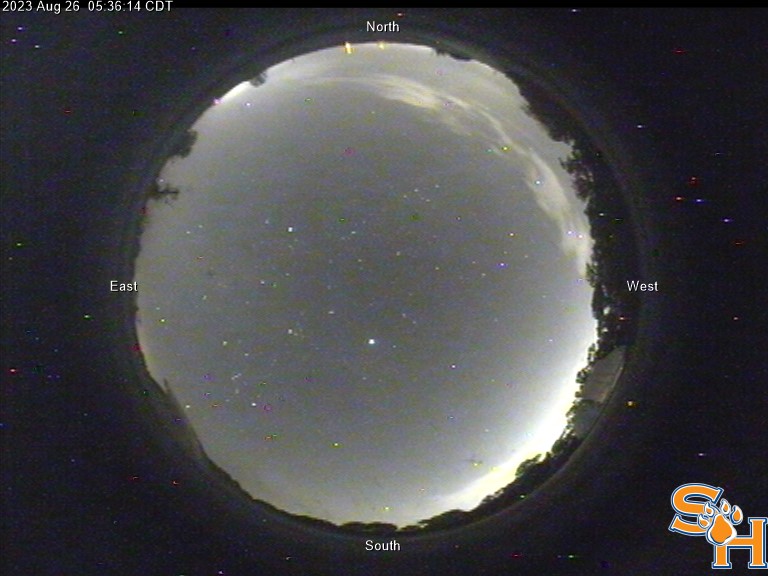 Here are the covers of a couple of my astronomy books: 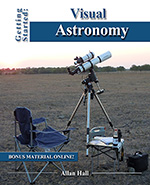 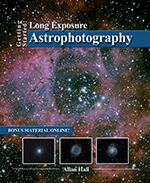 The focus of my writing is to create the best astrophotography and best astronomy books for beginners at an affordable price. You can get a list of astronomy books I have written on the menu here under MY BOOKS / APPS.

Spend some time looking around, drop me a line and tell me what you think, and above all, enjoy! If you want to get into astronomy and/or astrophotography…

check out my astronomy books and see if they might help.