Whenever I see other people observing or imaging and ask them what they have their scope pointed towards, it is almost always some single object or a pair of objects. It might be a nebula, galaxy, or they may be splitting double stars, but few of them think of the Virgo Supercluster.

The Virgo Supercluster is a group of approximately 47,000 galaxies situated just outside the constellation Virgo. Although there are a lot of superclusters in the universe, this is probably the most studied and certainly is the most amazing to view.

I am not really sure why I never paid much attention to it, and I admit it never even occurred to me until I ran across a description of it in a book I was reading. It sounded pretty interesting so I took a quick look and was amazed. Then I imaged it, oh wow!

The part of the Virgo Supercluster that was the most interesting was an area called Markarian’s Chain. This was a little section that all fits into one low power eyepiece or a single image and contains such prominent members as Messier 84 and 86 in the lower left of the following image. 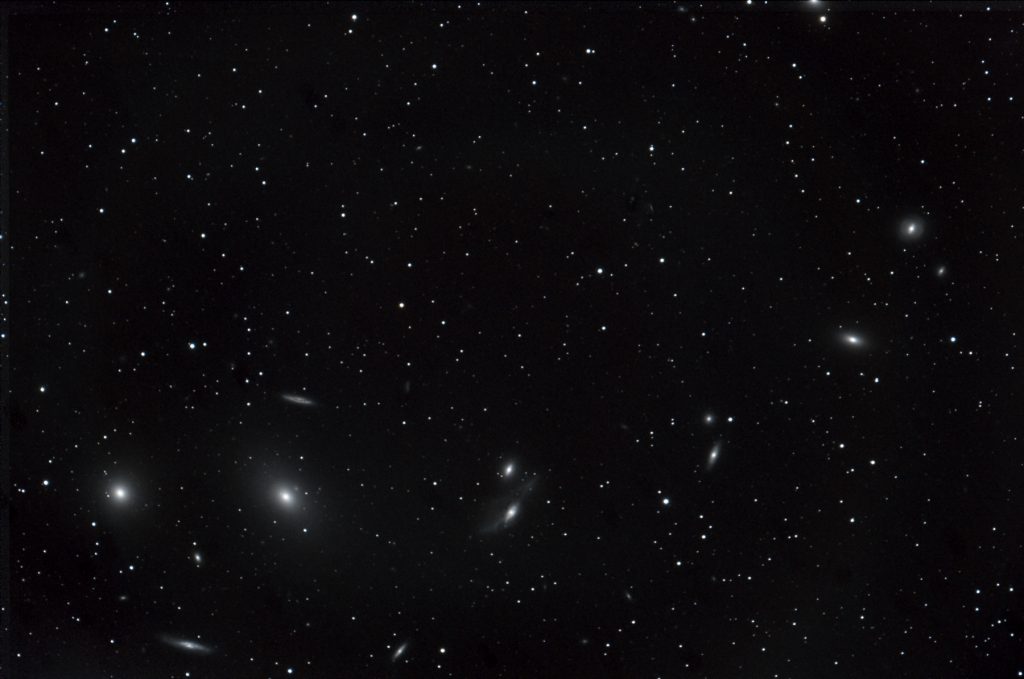 This is one of those targets that can just make you stare for hours picking out little details one right after another. Find a fuzzy spot, open your star chart and see what it is. Another galaxy!

The name Markarian’s Chain comes from the American Astrophysicist Benjamin Markarian who in 1960 noticed that several of the galaxies in the chain seemed to move together, as if connected.

Many members of the chain were discovered well before 1960 such as the two Messier objects being discovered by Charles Messier in 1871 and many others being noted in 1888 by John Louis Emil Dreyer in his New General Catalog. 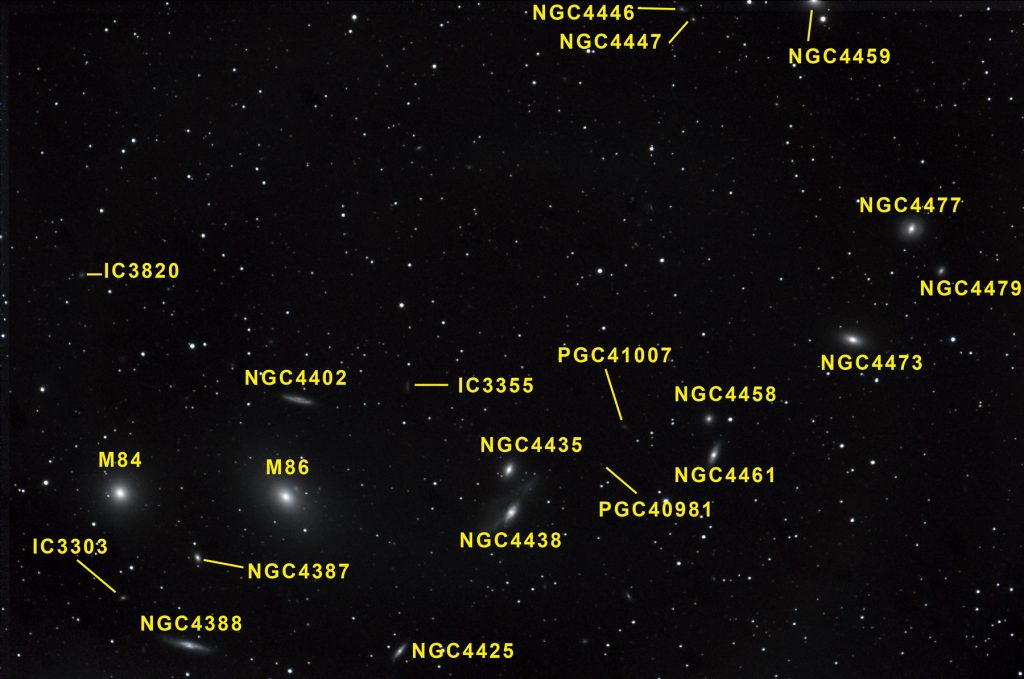 Both of the Messier galaxies and most of the NGCs can be seen in a small telescope from a reasonably dark site while the IC and PGC galaxies require a little bigger telescope to see as anything more than maybe a speck of light. 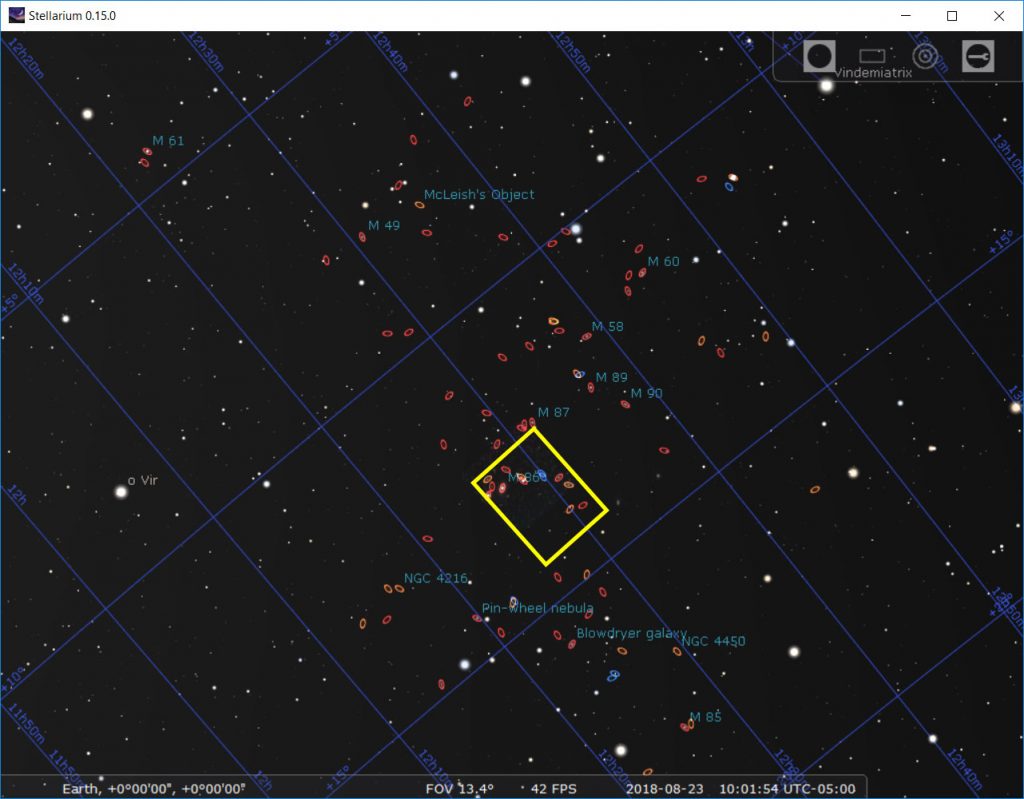 Note that in the above image only Messier, NGC, and PGC objects are shown, IC and other catalogs are not.

To find the Virgo Supercluster, look north of Virgo between Virgo, Coma Berenices, and Leo. Trust me, once you get close with your telescope it will be hard to miss!

Hopefully you will see that the entire area of the sky around the Virgo Supercluster, and Markarian’s Chain in particular, are worthy of some of your observing and/or imaging time.