Pluto finally gets a face!

I admit it, I am one of those people who has a bumper sticker that reads “Pluto is SO a planet!” I grew up with nine planets, Mercury through Pluto, and no group of astronomers (not planetary scientists!) was going to kill that childhood memory. Yes, it is irrational, sue me. Regardless of it’s current planetary status the object known as Pluto is the furthest object we have visited and taken close range photographs of, and it is not at all what we thought. Lets start with the probe we sent, New Horizons.

Launched on January 19th, 2006 from Cape Canaveral Florida on the back of an Atlas V rocket it took nine long years to reach it’s ultimate target. At around one thousand pounds Sir Patrick Moore made comment that it resembled a piano glued to a cocktail bar-sized satellite dish.

The closest images were taken at approximately 7,800 miles above the surface of Pluto on July 14th, 2015. Data took about thirteen hours to travel from the spacecraft back to Earth making the first images from this distance arriving early in the morning on July 15th, my birthday! 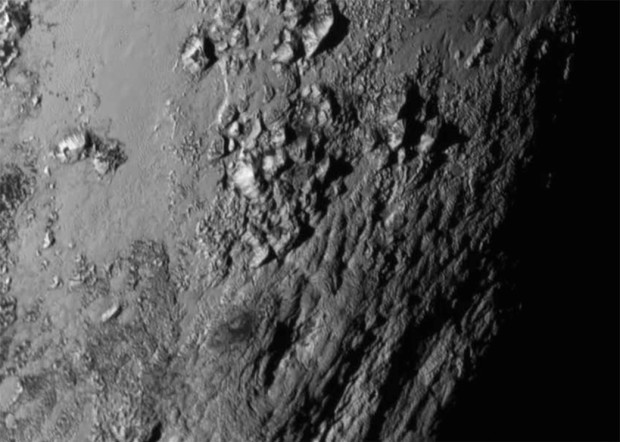 What is fascinating is that just when you think you know what is out there, science throws you a curve ball. We expected tons of craters since it is near the Kuiper belt, we see few. We expected a fairly featureless ball of ice, we see mountains, valleys, and a huge smooth area being called the heart. This heart shows in false color as two distinct areas that could be caused by geologic activity, or surface erosion. Amazing. There is still more data to come and it will be slowly streaming in and being processed for quite some time, around sixteen months to be a bit more accurate. Stay tuned to NASA for more!

More information on New Horizons and the latest pictures of Pluto are on NASA’s website.