Most people interested in astronomy know the name Messier because they use the Messier Catalog for both visual astronomy and astrophotography. Charles Messier, the name behind the catalog, is not always so well known. I thought I would take this opportunity to introduce Charles Messier to you. Charles Messier was born in Brandonviller France on the 26th of June, 1730. This was just north of Lac de Pierre-Percee and about 80km west of Strasbourg, France.  His mother Françoise B. Grandblaise, and father, Nicolas Messier had twelve children. His father worked in the Prince of Salm’s administration as a court usher… Continue reading 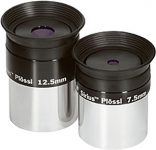 I am constantly seeing people asking for eyepiece recommendations so I thought I would address this problem. To start, I have created a video on my YouTube channel talking about the basics of eyepieces. You can see this video at https://youtu.be/KTB_C6v0rQw. Even after learning more about eyepieces, the question remains, what eyepieces are worth investing in? To solve this problem I have created a list which attempts to give you a recommendation for brands and models of eyepieces over several different price points. Keep in mind that these are generic recommendations for most people but there are always exceptions based on… Continue reading 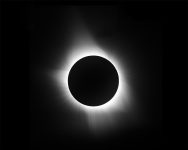 I finally got the time to get some eclipse pictures together! Between increased duties at work, the long drive back from Tennessee, and hurricane Harvey, I have been a wee bit busy, sorry! Almost a year ago my wife and I decided we were going to go see the total solar eclipse 2017. Looking at a list of total solar eclipses, this was the only one until 2024. So we decided to go. For us, the best place to see the eclipse was in Tennessee so that is where we decided to go. Early on Saturday 19th my wife and… Continue reading

For a couple of years now you have been able to purchase the book Getting Started: Using an Equatorial Telescope Mount from Amazon as a Kindle book. After numerous requests I have finally restructured the book and released it as a print version for those who want an actual book to take with them outside and learn their new mount. Both versions of the book are available on Amazon.com via this link. Thanks for making it a best seller! Share this post! Continue reading

Do you want to learn how to take photographs of an exciting Solar or Lunar Eclipse? Do you have the right equipment for the job? Do you want to know ALL the tips and techniques needed to make this a success? A total Solar Eclipse is an incredible sight to behold. It is one of nature’s most awe-inspiring events and has been the subject of amazement, wonder and fear throughout the ages. But they don’t come around very often. In fact, the last total solar eclipse in North America was 40 years ago. In 2017, however, you will have… Continue reading 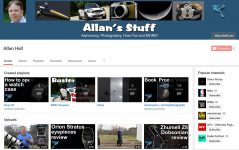 I have had a YouTube channel for a long time but never really developed it until recently. Now I have started putting up astrophotography tutorials, astrophotography videos, reviews, and much more at a breakneck pace mainly aimed at astrophotography for beginners. Just last weekend I put around five videos up with several more in process. Just this weekend I added the following videos: How to connect a DSLR or other camera to your telescope Orion Stratus Eyepiece Review Orion SkyQuest XT8 Classic Dobsonian Review Zhumell Z8 Dobsonian Telescope Review Explore Scientific AR127 Refractor Review Orion SkyView Pro GOTO Mount Review… Continue reading

WordPress For Normal People is my new book which has just been released on Amazon in both print and kindle editions.    WordPress is the perfect tool to help you build the website you’ve always wanted. But the ‘help’ aspect which is built into it isn’t always the right thing for someone who just getting started and needs to know how to build a website. What you need, and what this book will provide, is a book that shows you how to get off the ground and then build on that knowledge to give you a secure and usable website.… Continue reading