It is time to start thinking about keeping warm while observing and imaging as winter is right around the corner. Observing is a very low energy activity. During the winter when views are the best you will be shocked at how cold you can get when you are not moving. Even in warmer climates like down here in Texas where a really cold winter night might typically hit 20F, it is amazing how cold you feel when you haven’t really moved in hours. The key is to always take far more warmth than you expect to need and to layer.… Continue reading

Recently I became interested in astronomy equipment that was, shall we say, less than modern. I was enthralled with the way they used to do things we we take for granted today, such as tell time. I live about an hour drive from Plantersville, Tx, home of the Texas Renaissance Festival. The Ren Fest as it is popularly known is like a theme park based very roughly on a renaissance time period European town with inhabitants dressing as people from all over the world in that general era. There are a ton of shops (over 300 I read somewhere), shows… Continue reading 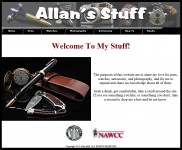 As you may have noticed, the website looks a little different. After many (and I mean many) years I have finally quit designing and publishing a website by editing HTML and now everything is in WordPress. This should make the site faster, cleaner and allow for a far superior mobile experience. The bad news is that the website is huge, and so this will take quite a bit of time. The basics including book pages, how to articles, blog (news section), and forums are online and functional. The hundreds of astrophotography images and pages will take a little more time. The… Continue reading

Recently I have been asked several times about using Windows 10 for astronomy or astrophotography. Many of you know that my day job is in technology. I am constantly being forced into looking at new technology no matter how well my equipment may or may not be working. Sometimes this gives me huge increases in productivity.  When I went from Windows XP to Vista itgave me the ability to search inside documents and launch programs fast from the Windows key which was awesome. Sometimes keeping current makes me buy headache medication in bulk. When I rant Windows 8 it originally… Continue reading 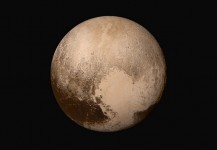 I admit it, I am one of those people who has a bumper sticker that reads “Pluto is SO a planet!” I grew up with nine planets, Mercury through Pluto, and no group of astronomers (not planetary scientists!) was going to kill that childhood memory. Yes, it is irrational, sue me. Regardless of it’s current planetary status the object known as Pluto is the furthest object we have visited and taken close range photographs of, and it is not at all what we thought. Lets start with the probe we sent, New Horizons. Launched on January 19th, 2006 from Cape… Continue reading

Unfortunately I have to start with a disclaimer: I am not a medical professional. What I present here is my opinion from my experiences. If you have any questions or health concerns you should seek the advice of a qualified health care professional. I live in east Texas and we have a unique problem in that when it is hot, it is really hot. In the summer however, people really do die from the heat, and you can get heat exhaustion or worse without really any physical activity. So how so you stay cool while out observing? The first thing… Continue reading

One of the concerns I hear from potential astronomers is that they have to travel to a dark site to do any serious observations or astrophotography and they just don’t think they can haul that much equipment. Sometimes it is a matter of driving a small vehicle, sometimes a matter of weight they have to carry. Either way I can usually talk to them a little and help dispel their concerns. Lets start by saying you can have a lot of fun with nothing more than binoculars which can be worn on a strap around your neck. Whether walking, riding… Continue reading