This morning I viewed five planets aligned and the moon in the morning sky. It was a simply amazing sight. I had to get up really early in the morning to get out to the dark site so that I could spend a little time imaging, and a lot of time just admiring the view, and still go to work the next morning. 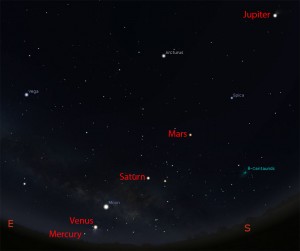 The five planets that were visible were Mercury, Venus, the Moon (yes, not a planet, but still a wonderful addition to this lineup), Saturn, Mars and Jupiter in that order from west to east along the ecliptic. What you don’t hear about is that Pluto is actually there as well just to the left of Venus on the screenshot above. I was not into astronomy the last time there was a five planet alignment back in late 2004 and early 2005 and it was a little different with the order of Mercury, Venus, Mars, Jupiter and then Saturn. Depending on when you observed back then you could get the moon in there as well. I was not about to miss the 2016 planet alignment! 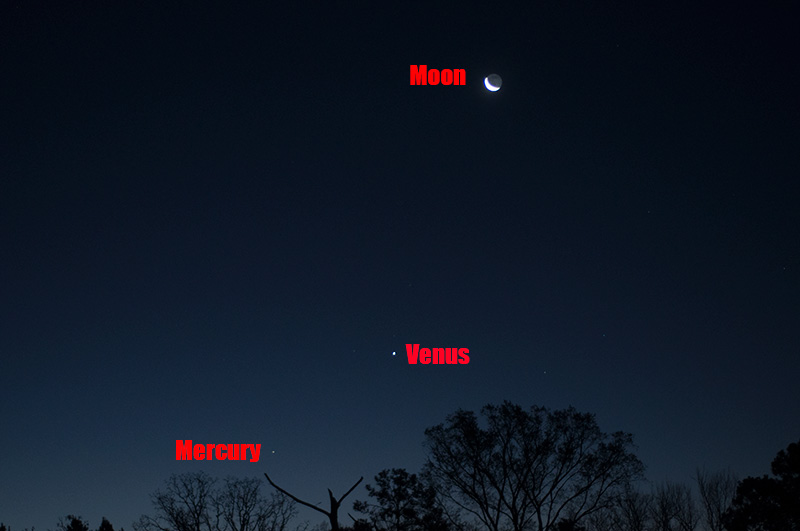 The moon, Venus and Mercury on the morning of the 5th.

It was a cold morning, just below freezing when I arrived at the dark site. The air was calm and clear. Once I set up my equipment and let my eyes adjust to the darkness the planets just jumped out of the sky. The moon, Arcturus and Vega also begged for attention. Even with five planets in the sky the real action for me was in the rising Sagittarius which contained Mercury, Venus and the moon.

I had of course seen all of these five planets before, but only once for Mercury, and I had never imaged it. It is far too small and bright for my equipment to do anything but render Mercury as a bright point of light just like Vega, but in a wider field with its neighbor, it was spectacular.

Venus is the most difficult I have imaged before, and for my equipment I think I have a pretty amazing image. After many sessions, tons of attempts, and more hours than I care to admit I finally got an image of Venus which showed something besides a bright dot. In the image below you can clearly see the shading on the clouds that cover the planet, amazing. 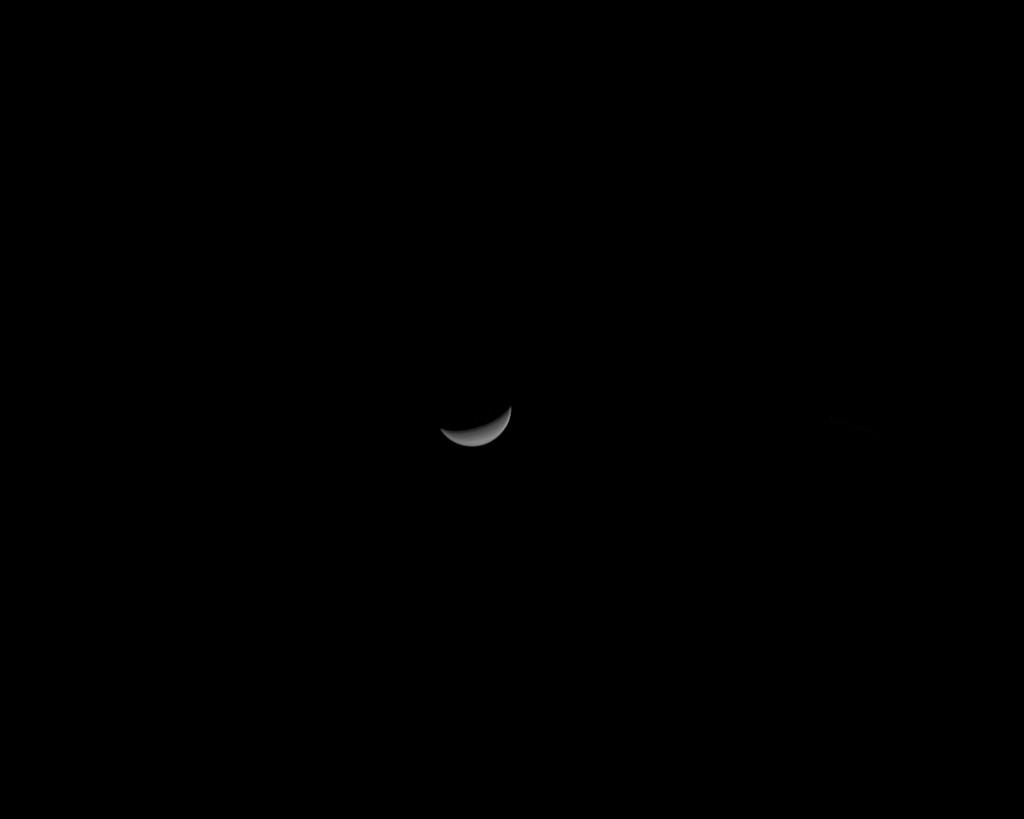 My attempt at Venus, click to enlarge and see the cloud shading

This image required the use of a video camera instead of my typical DSLR or CCD cameras. Stacking hundred is images is the only way I could get something this clear of something this small. Even with this setup, Mercury is far too small to pull this off.

Mercury is the most difficult of these five planets to image and my next chance to image it with any real meaning will be the transit on May 9th, 2016. May is a terrible weather month but I will be keeping my fingers crossed. I got lucky enough with the Venus transit so I guess it could happen again.

I hope you enjoyed my article on the five planets!