Most people interested in astronomy know the name Messier because they use the Messier Catalog for both visual astronomy and astrophotography. Charles Messier, the name behind the catalog, is not always so well known. I thought I would take this opportunity to introduce Charles Messier to you. 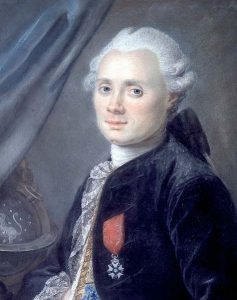 Charles Messier was born in Brandonviller France on the 26th of June, 1730. This was just north of Lac de Pierre-Percee and about 80km west of Strasbourg, France.  His mother Françoise B. Grandblaise, and father, Nicolas Messier had twelve children. His father worked in the Prince of Salm’s administration as a court usher and was well respected.

Born into a wealthy family, Charles Messier enjoyed an excellent formal education, at least until his father died when he was eleven in 1741. His father’s passing sent the family into financial hardship forcing him to withdraw from his formal education. That same year, Charles fell out of a window and suffered several broken bones. He also mourned the passing of six of his eleven siblings. His education continued at home under the instruction of his older brother for the next eight years.

Despite all of this hardship, he was fascinated by astronomy. Much of this interest could be attributed to two celestial events in his youth, the appearance of the “Great Comet of 1744” (C/1743 X1) and the annular solar eclipse of the 25th of June 1748.

When he was twenty one years old, in 1751, Charles Messier began working for French Naval Astronomer, Joseph Nicholas Delisle. Delisle was originally instructed by Jacques Cassini, son of famous astronomer Giovanni Domenico Cassini. Delisle had also overseen the building of a new observatory in the palace of Cluny in 1747. Messier made the most of this appointment even though in the beginning it was little more than keeping the astronomical records of other astronomers.

He continued working on astronomy when he could, and his first astronomical observation was dated May 6, 1753. 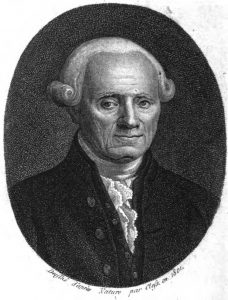 This sped his advancement in astronomy such that in eight short years he became chief astronomer of the Marine Observatory. Five years later he was made a fellow of the Royal Society.

Charles Messier’s primary focus of space research was in comets, of which he discovered thirteen. He is most famous however for his list of bright objects in the skies of the northern hemisphere. This list came about because on the 28th of August 1758 while he was searching the skies for comet Halley and he noticed a stationary (as compared to the stars) fuzzy object in the Taurus constellation. Charles Messier noted this object so that it would not be confused with a possible comet sighting as he worked. This object went on to become know as Messier 1, M1, or the Crab Nebula. Over the years he cataloged over one hundred objects in his list. Years later researchers added a few that he had noted but not put on the list to bring the total to one hundred and ten.

Over the years, he discovered thirteen comets, they were:

Charles Messier himself decided to create the list, saying:

“What caused me to undertake the catalog was the nebula I discovered above the southern horn of Taurus on September 12, 1758, whilst observing the comet of that year. This nebula had such a resemblance to a comet in its form and brightness that I endeavored to find others, so that astronomers would no more confuse these same nebulae with comets just beginning to appear. I observed further with suitable refractors for the discovery of comets, and this is the purpose I had in mind in compiling the catalog.

After me, the celebrated Herschel published a catalog of 2000 which he has observed. This unveiling the heavens, made with instruments of great aperture, does not help in the perusal of the sky for faint comets. Thus my object is different from his, and I need only nebulae visible in a telescope of two feet [focal length]. Since the publication of my catalog, I have observed still others: I will publish them in the future in the order of right ascension for the purpose of making them more easy to recognise and for those searching for comets to have less uncertainty.” 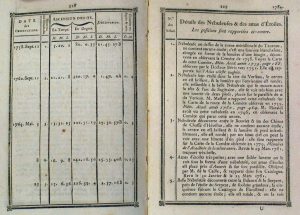 Both M1 and M2 were objects that had been previously discovered, by one of the most famous English astronomers, John Bevis in 1731 and Italian astronomer Giovanni Domenico in 1746 respectively. Charles Messier’s first true discovery was the globular cluster M3 in the Canes Venatici constellation on the 3rd of May 1764.

When he was 40 years old, on November 26, 1770, Marie-Francoise de Vermauchampt became Mrs. Charles Messier. Charles had met her in 1755 at Collége de France.  On March 15, 1772 Marie gave him a son, Antoine-Charles Messier. Unfortunately she died from complications eight days later. Antoine was not much luckier as he passed away only three days after his mother. Charles Messier never remarried.

Despite failing eyesight, partial paralysis and a stroke, Charles Messier continued to work virtually up to the last days of his life. He passed away on April 11th, 1817 at the age of 87. He was buried in the Père Lachaise cemetery in Paris

Charles Messier‘s list continues today as the single most recognizable list in astronomy. This popularity was probably due to the fact that it is relatively easy to observe all of the Messier objects with nothing more than a reasonable set of binoculars. Many of the targets are quite visible even with the naked eye such as M31, M42 and M45. 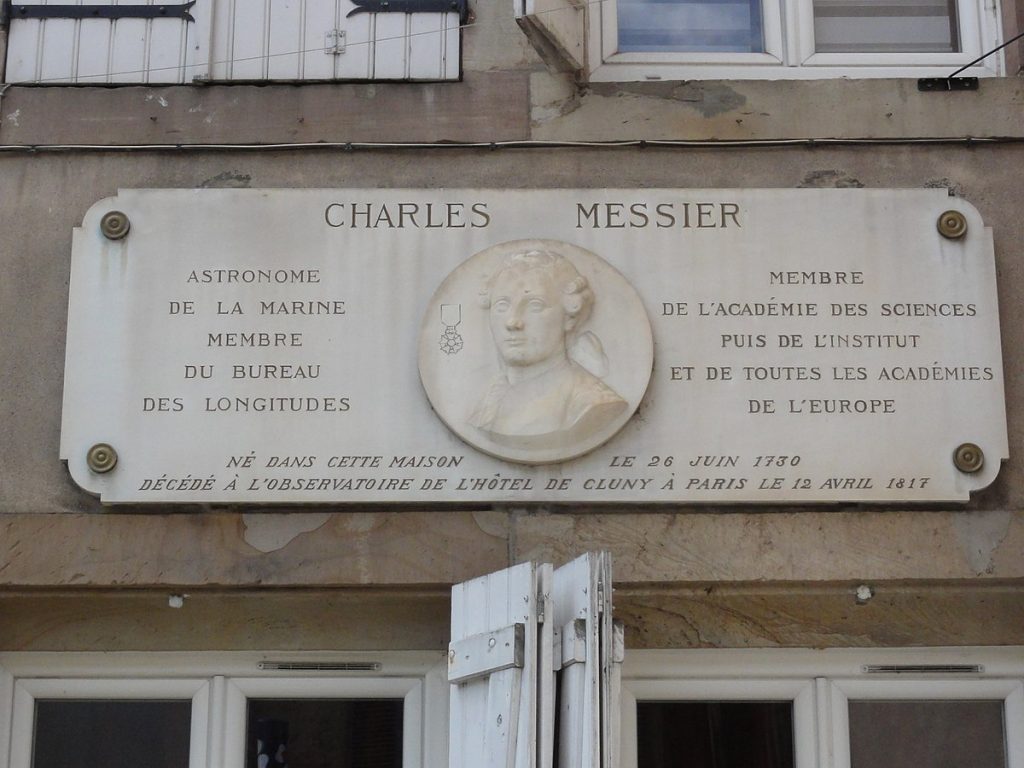 Messier is one of the most famous French astronomers and at the top of any list of astronomers you may find in any astronomy book. He has both an asteroid and a lunar crater officially named after him.

Awards and accolades for Charles Messier:

Beginning and advanced astronomers alike enjoy the objects Charles Messier gave us. His catalog is often used in “Messier Marathons” that attempt to see as many of the objects as possible in a short period of time. These marathons can be as short as one night. It is also fairly common for amateur astrophotographers to attempt to image all 110 of the objects as a kind of “right of passage”.

If you would like more information on Charles Messier, check out this excellent biography.

If you want to know more about the objects that Charles Messier cataloged, you might be interested in my book, the Messier Astrophotography Reference. 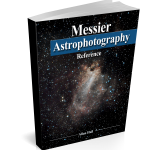 I hope you enjoyed reading about Charles Messier! 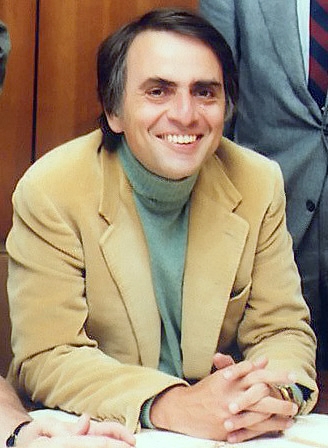 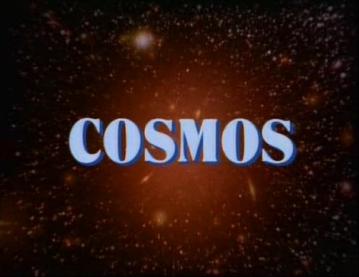