I have had an Orion XT8 SkyQuest 8″ Dob for a few years now and it has held up well. This telescope has offered up a nice view of a lot of objects but for some reason I have never written about it. Let’s change that. Here is a short Orion Skyquest XT8 review.

I bought this telescope several years ago and paid less than the Orion Skyquest XT8 price on Amazon, but like most things, prices have gone up a little and they have changed the scope a little. My old Orion XT8 came with a couple of eyepieces and I believe one of Orion’s Deepmap 600 maps which I love. The new one has eliminated one eyepiece and the map, but thrown in a few enhancements we will look  at.

This is the older version which only had a 1.25″ rack and pinion focuser whereas the newer ones seem to come with a 2″ crayford which I can say would be a huge improvement. While this older focuser is not nearly as nice and I can’t use it with 2″ eyepieces, it is still a solid unit.

The newer versions of the Orion XT8 and  my version both come with a red dot finder which is really cheap and flimsy. I much prefer Orion’s Orion EZ Finder Deluxe which sadly is not available any more. You can however get a Astromania Finder Deluxe Telescope Reflex Sight from Amazon which is almost an exact copy, yea!

The best thing about this scope is that it is a solid scope, both in build quality and image quality. My Zhumell Z8 scope is a much nicer scope to use than this Orion XT8 and came with better accessories, but for the money, this is an awesome starter scope and no one will regret buying one.

Orion’s technical support is also first rate and should you run into any problems, the solution is a quick phone call or email away. You probably won’t need that however because this Orion XT8 is not only well built, but drop dead easy to assemble and use as well.

Opening the Orion XT8 box you find the tube in one section and the base/parts in another. Assembling the base was a simple matter of three side pieces and the bottom, along with a hand full of allen head screws for which they provided the tools. 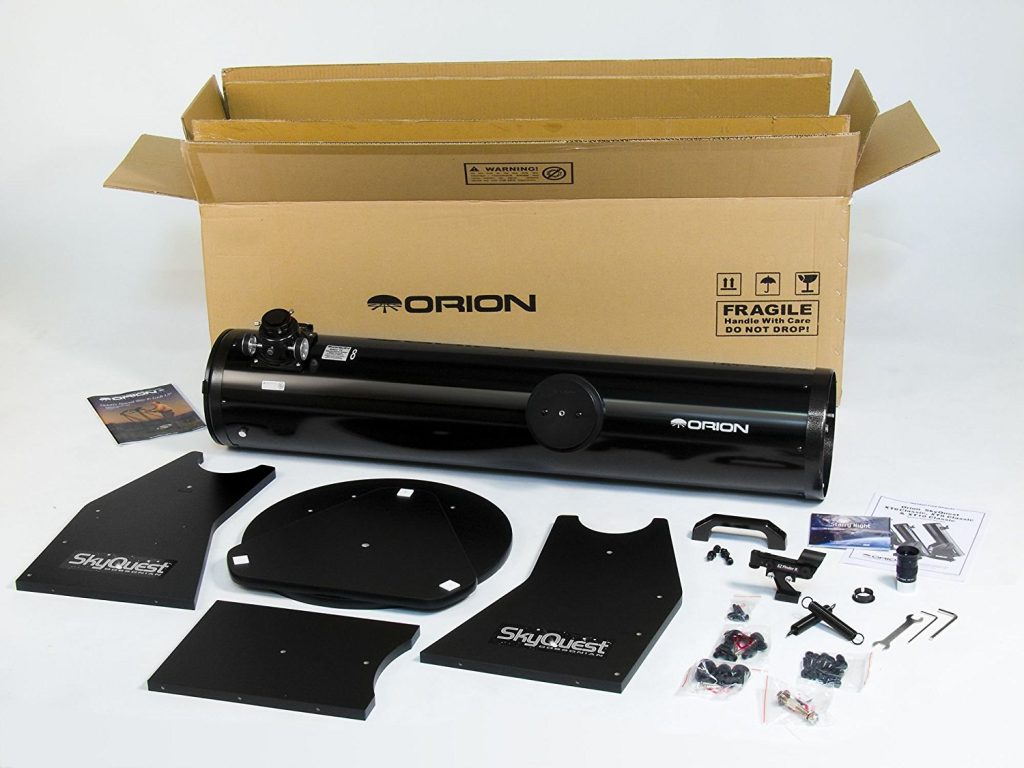 Once the base was assembled, you can just set the tube in the base and attach the side springs which put tension on the setup so the scope stays where you put it. Other telescopes I have used have adjustable tension while this one does not, but I fail to think of a scenario that a typical beginner would get into where that would be a problem. In fact, the only time I have used my tensioners on my Zhumell Dob is when I was doing something the telescope was never designed to do in the first place so I am not going to penalize the Orion XT8 for not having it.

About the only thing left is to slide the finder into the slot for it and tighten it down, then grab the eyepiece and start looking around.

Initial thoughts on moving the scope around are that it is pretty smooth in both altitude and azimuth movements. Years later, it is still remarkably smooth. As smooth as the more expensive scopes that use high end ball bearings for everything? Well no, but for much less expensive scope it is more than smooth enough and seems to keep that smoothness over the years. Using the teflon (I am assuming) pads on the altitude might actually be a really good thing as bearings can wear out and possibly corrode, the pads probably will not.

One of the down sides to any Dobsonian telescope, including this Orion XT8, is the cool down time. This is the time it takes for the telescope mirrors to adjust to the temperature outside. Typically you take the telescope from an air conditioned inside to an outside viewing location and the temperature can vary between the two locations by up to forty degrees. This temperature variance causes terrible viewing as the mirrors cool down (or warm up). Once the mirrors have equalized, the viewing is exceptional. Although not included with the scope, Orion does have a cooling fan that attaches to the back of the Orion XT8 to help it cool down faster. 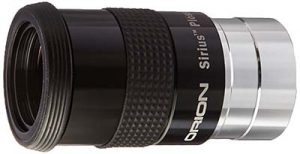 The 25mm eyepiece provided with the scope is a solid eyepiece for a beginner and provides excellent views of the moon, Andromeda galaxy, Orion nebula, and a host of other popular beginner targets. Unfortunately this one eyepiece choice can leave someone a little lacking so I would suggest you get an Orion moon filter and an Orion 12.5mm Sirius Plossl eyepiece to round things out.

Orion gives you a coupon for a download of some astronomy software included with the Orion XT8. I am not a fan. You can get Stellarium for free off the internet but really, who has a computer out next to their telescope unless they are doing astrophotography? Better options include Orion’s own Deepmap 600 which is awesome in the field, a nice Planisphere (be sure to select the right one for your location!) or any number of excellent phone/tablet apps.

If you wanted something a little nicer you could always go with Orion’s XT8 Plus. When looking at the orion xt8 vs xt8 plus, the plus includes adjustable tension, secondary mirror thumbscrews adjusters, two eyepieces, a 2x barlow and a dual speed crayford focuser for just $100 more:

Whichever Orion XT8 you decide on, you will have a telescope that should last for many years and provide excellent views.

I hope you enjoyed my little review of the Orion XT8 Dobsonian telescope! 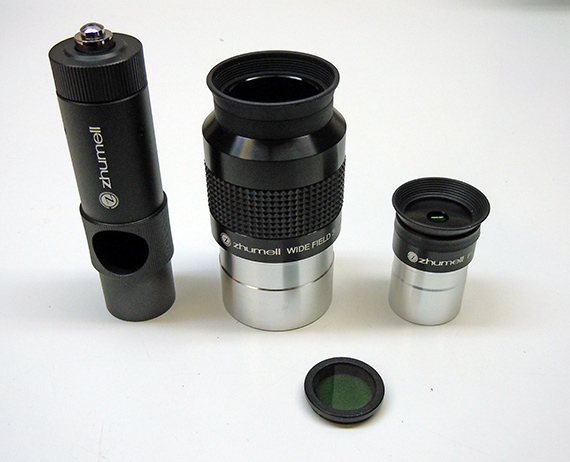 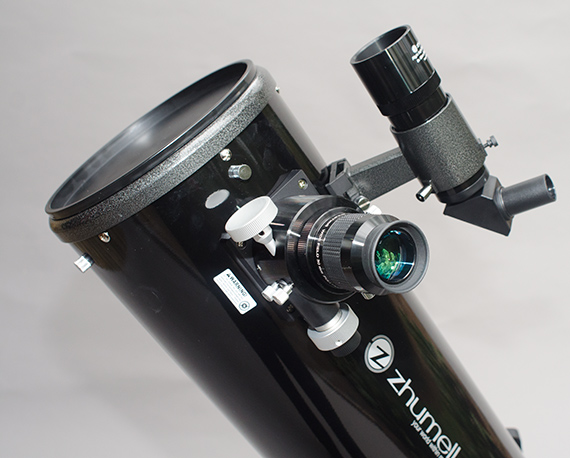 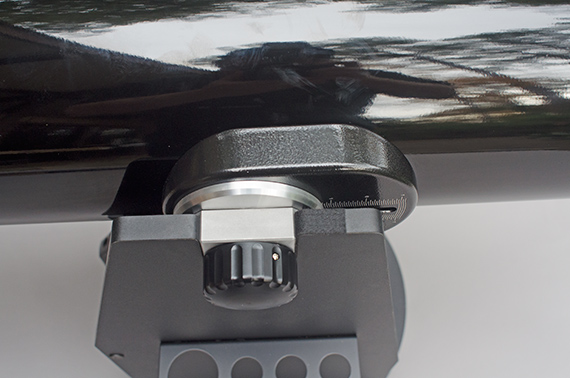