I recently bought an Explore Scientific AR127 (sometimes called the ES127 or just ES AR127) and thought I would add my experiences to the other ES AR127 reviews.

Back in October I bought an Orion 90mm f/11 scope to do visual. I didn’t want to spend much because I really don’t do much visual and didn’t have much of a desire to. Recently I have been wanting something a little more, a little larger. Not too large mind you because it won’t fit in the car with all the AP rig already in there (and I drive a full size car, Buick Lucerne). I looked around for something in the 120-130mm range, any larger and it would be too big a pain in the rear to use and I would have to have a new mount for sure. Too small and there won’t be much of an improvement over what I already have. I also really hate the finderscope on the old Orion but it used a weird mount so you can’t just slap a different finder in there. I would also like to use all the 2″ equipment I already have for my APO since the APO will be imaging while I use this. I wanted something much higher end than the standard starter 120mm scopes offered by Orion and Celestron, but where to look?

All the reviews pointed to Explore Scientific refractors, specifically the Explore Scientific AR127, as the finest non-ED/APO out there right now even discounting issues with their focusers. I chatted and emailed them and got really depressed. The chat was about the finderscope they include, an 8×50 finder with a proprietary mount, and the possibility of buying just an OTA with rings as I have no need for the finder or diagonal in their “kit”.

The employee in the chat session, Langlee, informed me that they had no alternative to the finder on the AR127 but I could contact one of their distributors, Camera Concepts, as they carried many different types of adapters.

After a quick call to Camera Concepts I was relayed a message from the owner and told to use double sided tape as they had no adapters for the Explore Scientific AR127. Yes, that is why I am looking to get a high end achro scope, so I can mount my accessories with double sided tape. Langlee also said they could probably get me just the OTA but he had to talk to accounting and would get back to me. So on to email which was the response about buying just the OTA and rings, which was from David. After many volleys back and forth the general gist of the conversation was that no, they would not sell me anything but their kit, and I should be happy to have it. I also found out that they have an entire machine shop dedicated to things like making finderscope mounts fit for customers (seems Langlee had no idea that part of the company even existed). So would they take the existing finderscope, mount and diagonal in trade for putting a $15 aftermarket vixen style shoe on the scope before they shipped it to me? Absolutely not because it is “Hard to pay our machinist with parts.  He prefers cash for some reason.” Yes, that is exactly what David told a prospective customer.

So I have to assume that even they don’t believe their finderscope and diagonal is worth $15. But enough of that, I want the Explore Scientific AR127 for the optics which are supposedly first rate, and indeed David challenged me to find another doublet with equal optics which he claims are 1/4 wave or less PV. This was right before David suggested velcro instead of double sided tape for my finder, LOL! So you may ask, if I was already this unhappy with their customer service, why would I buy their scope? Simple, I could not find anyone with a scope that had comparable optics in a comparable price range, anywhere, or I certainly would have bought elsewhere. Because of their terrible customer service, I decided to buy my AR127 from a different vendor, such as from Amazon HERE instead of direct from ES to add a safety net into the equation so I did not have to deal with ES at all. 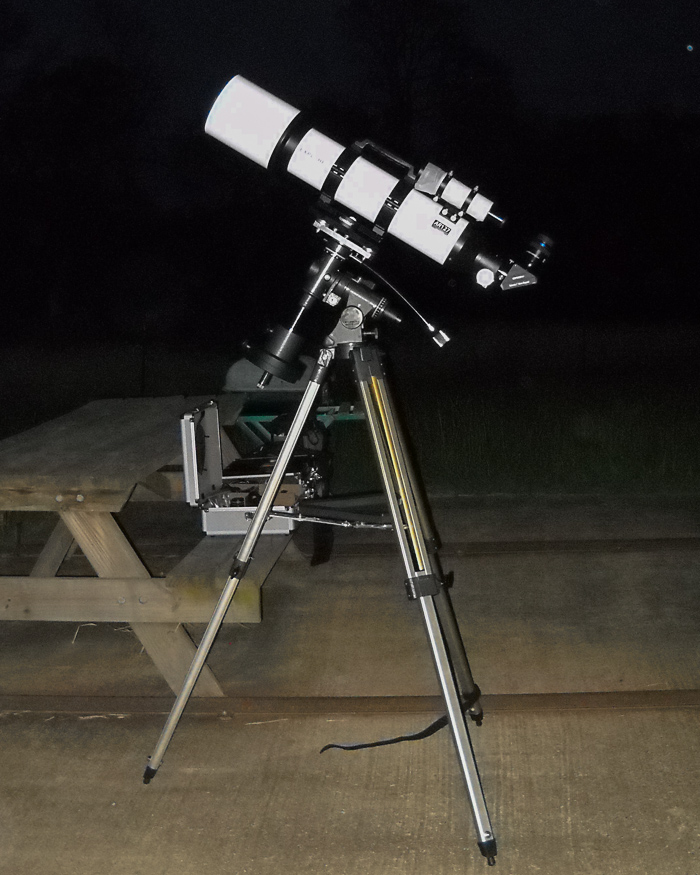 So here is the Explore Scientific AR127 mounted and ready for the night’s observing. How did she do?

Optics: First rate for an achro. Of course not even in the same league as my Orion APO, but then again it is larger and a fraction of the price. Views of stars shows some CA around them, but surprisingly enough Saturn and the Moon show only very minor CA. In fact, the views of the moon were amazing. This scope takes power like nobody! I even went to my 5mm Stratus and it held up well although it preferred the 8mm. Of course this is with my Orion 2″ diagonal. Note the three sets of collimation screws in the image below: 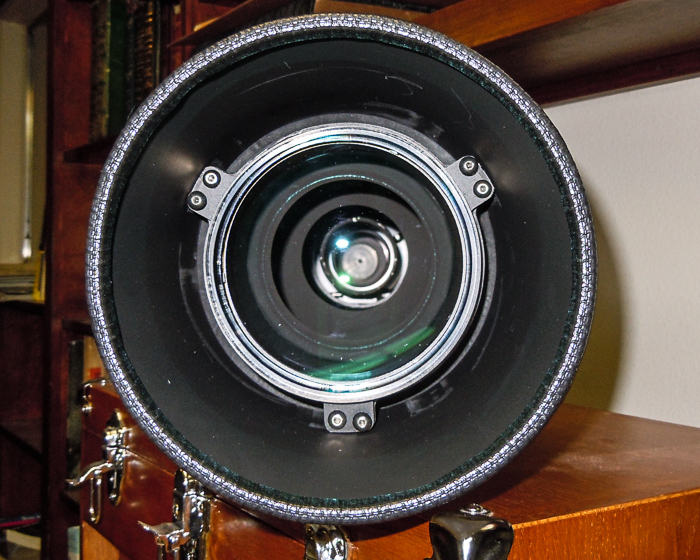 Overall build quality of the Explore Scientific AR127: The tube is nice, paint is nice, rails and rings are very nice. The handle at the top is a really nice touch although it would be pretty useless to mount anything but since I have no need to mount anything I like it. Dew shield is not retractable like my Orion so the scope is pretty long.

Focuser: Although it performed fairly well I see why people don’t like it. It feels cheap, the lock works….kinda, and the tensioner works…kinda, there is no scale printed on it, and it does not rotate. The two knobs for lock and tension are so close together and so close to the same size, I am honestly not sure which I was turning at any given time. I see a new GSO focuser in this scope’s future. I wish it had a focuser like the one on my Orion. 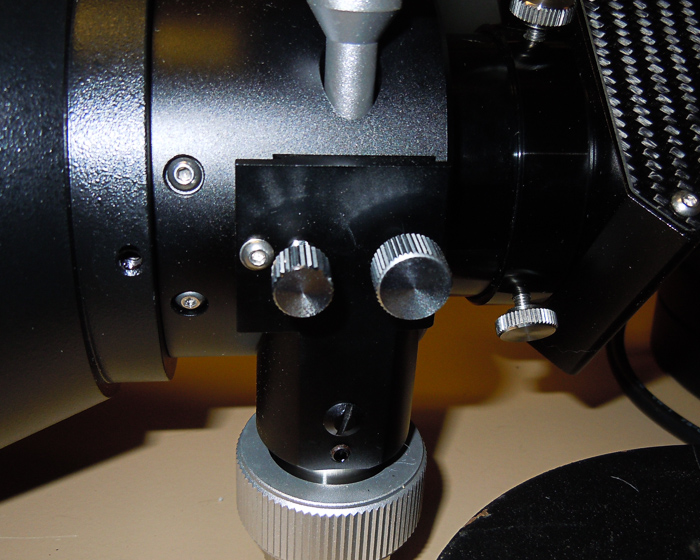 Documentation: You mean the packing slip? You must because that was all that was in the box.

Lens cap: Large, with a molded in handle, but plastic and not screw in. I much prefer the aluminum screw in of my Orion, but again, the Orion was a much more expensive scope.

Overall: I think I will keep the Explore Scientific AR127 because the optics are really good. I have a new finder shoe and scope on the way from Orion and am looking at focusers right now. With those two replacements this will be an excellent scope. As it stands I feel I overpaid ($649 with free shipping) for what I got, but maybe the sale of the diagonal and finder on the bay will help bring the cost down a little.

On a different note I mounted this scope on my Orion Skyview Deluxe mount for now which handled the load very well. I did have to make one modification which was a dovetail adapter from ScopeStuff.com as shown here: 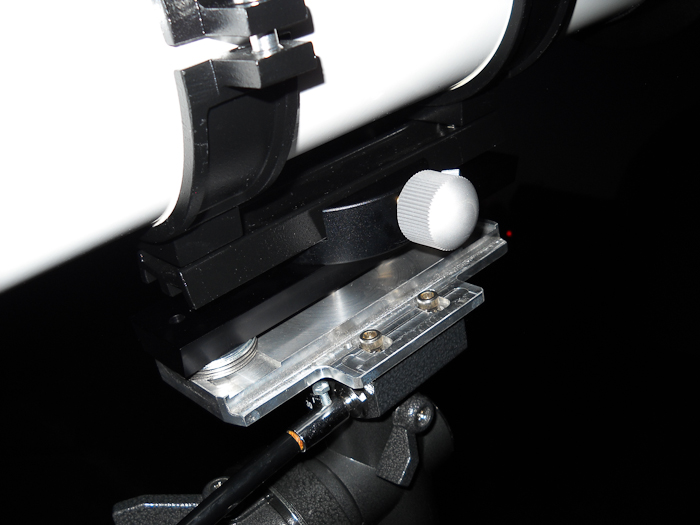 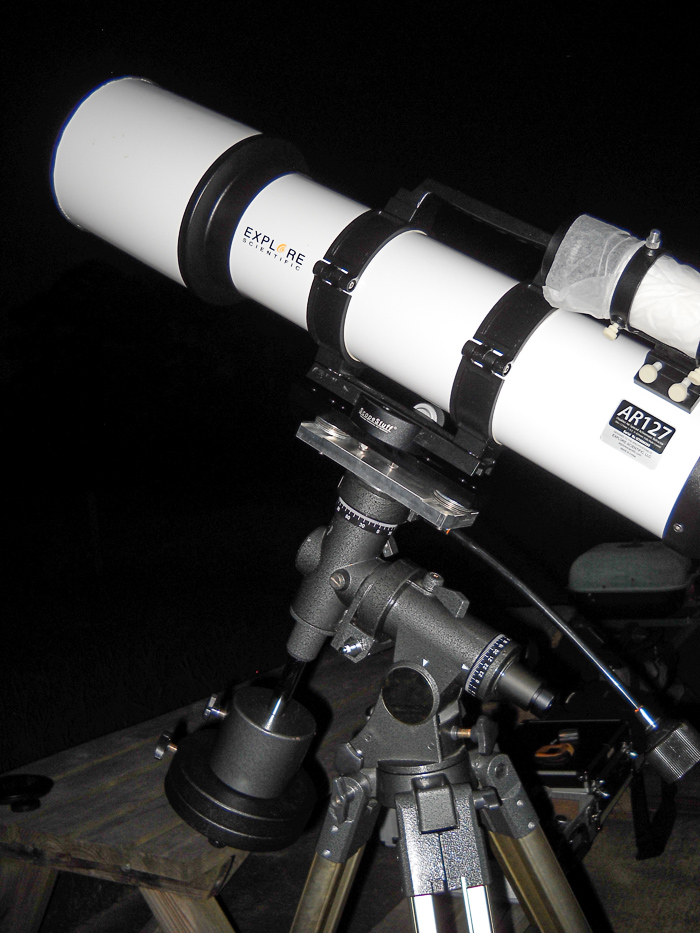 I can’t say enough good about this dovetail adapter and the service from ScopeStuff. They shipped so fast I thought they made a mistake telling me when it shipped (same day I ordered it, well after 5pm their time) and it arrived two days later perfectly. The only downside was I had to buy longer bolts and more washers since I was running an aftermarket mounting plate but that was totally my problem and not theirs. If I had been using the factory plate what they sent would have worked fine. If you decide to get your own Explore Scientific AR127 (or ES127, whichever you want to call it) please use THIS LINK to help offset the costs of running this site.

I hope you enjoyed my little review of my Explore Scientific AR127!