If you are into astrophotography for any length of time you will run across people cooling a camera sensor or read camera specifications for CCD cameras that include cooling information. Why would anyone want to cool a camera? What does it accomplish? Is it important?

Let’s start with what cooling a camera (actually the sensor) does.

Camera sensors are a grid of light sensors called photosites. These sensors react to light and create voltages or data which increases based on the amount of light that hits them. The resulting signal from the photosite to the computer in the camera can be the same for a bright light over a short exposure as it would for a dim light over a long exposure. There are however other differences.

One of the biggest enemies of astrophotography is image noise. Noise in a photograph is basically variations in the light and dark readings of the photosites. This causes artifacts to appear in the image that are not actually there. In astrophotography we tend to take lots of images, even different kinds of images, and then use sophisticated software to merge all of these together removing the noise and increasing the brightness and detail of the target we are shooting.

Noise can be caused by a variety of factors. Shot noise is the noise created every time the shutter is tripped. The act of powering up the sensors, opening the shutter and reading the sensors actually injects noise into the data stream. It stands to reason that the fewer shots the better as we would have less shot noise.

Thermal noise is caused by the sensor heating up and releasing electrons (as any heat source does). Unfortunately the photosites can not distinguish between electrons released as light, and electrons released as heat, so it tends to measure both. The longer the exposure, the hotter the sensor gets (to a point of course) and the higher the noise to data ratio making it harder to extract the data from the noise.

When the data is read from a photosite it is then multiplied by a factor dependent on the ISO/ASA set on that camera. This multiplication includes all data the camera reads from the photosites including any shot noise and thermal noise.

What if we could eliminate or at least substantially reduce thermal noise from our equation? We can, by cooling a camera.

Virtually all modern CCD cameras include a chip cooler to cool the chip.  This allows you to cool the sensor of the camera by 10, 15 or even substantially more degrees over ambient. To a degree, the cooler the sensor the better (like everything of course, to a point). By cooling the chip in this manner you can use longer shots without the worry of the chip heating up, thereby reducing thermal, shot and read noise all at the same time. With a DSLR we don’t have access to the chip so we will try the next best thing, cooling a camera.

There are ways of processing lots of images such that it lowers your noise floor, but if you start with a noise floor below the level of the target to begin with your data will look even better after processing.

So what if you shoot with a camera that isn’t cooled such as a DSLR? Your first option is to shoot in the winter when the ambient temperature is low enough to help cool the sensor. If you shoot outside in a non-climate controlled area, this can substantially lower the temperature of the camera sensor if you live in an area where it gets cold at night. There can be a big difference between shooting in 80 degrees and shooting in 20 degrees. Do watch out for batteries though, they do not last nearly as long at 20 degrees as at 80 degrees so you are likely to run out of battery power several times on an all night shoot.

Another option is to have the camera modified to put a cooler inside. Yes, you can get this done to many off the shelf DSLRs but normally would not as it would make the camera difficult to use for normal daytime photography. It is also not terribly inexpensive. I would be hesitant to recommend this option and would instead steer you towards spending the money on an astronomy dedicated CCD with a cooler already built in.

Lastly you could build a contraption that covers the camera with what amounts to an ice cooler with a built in refrigerator. This method of cooling a camera has the advantage of not altering your camera so you can continue to use it for other things. It is also fairly inexpensive so you can try it to see what you think without having devote a lot of money into something that you wind up not liking.

One problem with the last idea of cooling a camera is the added weight and power requirements. Adding a bunch of weight to your astrophotography rig, especially right on the end with the camera, can cause huge tracking problems. Even if you have a massive mount and balance the setup with the camera and cooler installed, the resulting wind surface can destroy images with even a minor amount of wind hitting it. It basically adds a huge sail to the tail end of your setup.

Another problem with cooling a camera such as a DSLR is how well it can be cooled. Since the cooling will be either external (through shooting at night, or through placing the camera in a cooler) or by means of an aftermarket solution that is at best, a kludge never intended by the manufacturer, how good will the results be? Are those results worth the time, effort and/or money involved in the process?

As we discussed earlier, cold batteries do not last long. When cooling a camera that uses a battery inside the camera (as most DSLRs do) remember that your battery will not last nearly as long. You might opt for a external power adapter. Even if your camera does not typically have the ability to use an external power adapter there are things made to replace the battery on some cameras with a device that plugs into an outlet.

I have for years wanted to know if cooling a camera made a real world difference, lets actually run some tests and see what happens…

Stay tuned for furture parts of this article on cooling a camera.

As you may have noticed, the website looks a little different. After many (and I mean many) years I have finally quit designing and publishing a website by editing HTML and now everything is in WordPress. This should make the site faster, cleaner and allow for a far superior mobile experience.

The bad news is that the website is huge, and so this will take quite a bit of time. The basics including book pages, how to articles, blog (news section), and forums are online and functional. The hundreds of astrophotography images and pages will take a little more time.

The good news is that this will allow for some much needed updating in design, layout and images. If you are patient I think you will really like the new site, I have some interesting plans.

Just to commemorate this event, here is a reminder of what the old site looked like: 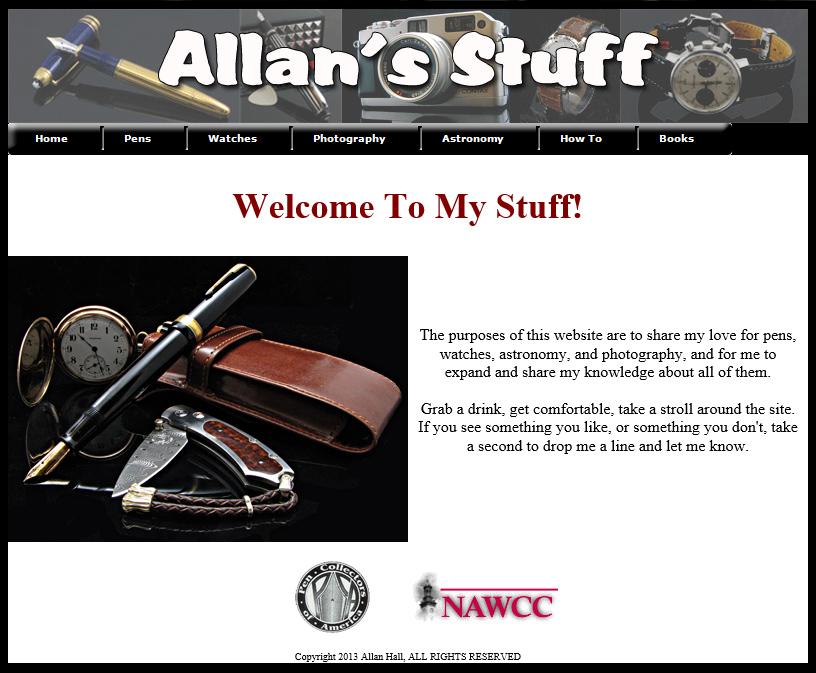 As always, use the contact page to let me know if you find a problem (other than a page isn’t there anymore as I am steadily working on adding them back in).

This past week I was fortunate enough to be in Houston when the Space Shuttle Endeavour was flown through on its way to California. I have never been lucky enough to actually see one of the shuttles in person so I made the quick trip to the other side of town to shoot a few images of this space shuttle viewing put on by NASA. It was truely awe inspiring. 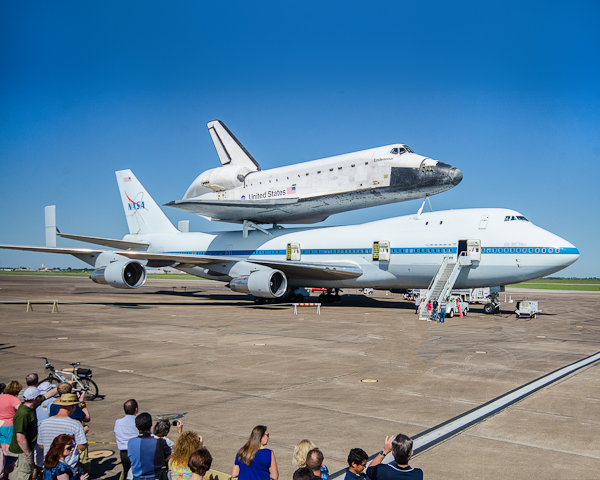 To think, this shuttle right in front of me has been launched into orbit 25 times, over two hundred and fifty miles high each time, traveled over 122,000,000 miles and safely returned 154 astronauts to earth.

This voyage would be the last time anyone would ever see a space shuttle on top of the 747 used to transport it from the landings in California to the launch pad in Florida. Indeed, this was the last time one would ever be in the air at all. I used this opportunity to shoot the normal images above and one special image here:

What’s so special about this picture? This is a resized copy of an set of sticthed images which are almost 200 megapixels in size, that means it can be printed at just over eight feet wide with no enlargement and be razor sharp from inches away. To give you an idea, here is a small glimpse of what a section of the image would look like at full resolution:

Honestly, because the blog resizes images, this image shows a little too much and would actually be zoomed in a little more than what you see here.

This is truely an end of an era. No matter how well the new Orion spacecraft performs, it will never reach the majesty and beauty of space shuttle like Endeavour. Never making it to see one of these beauties launch will remain one of my greatest regrets. Hopefully that will spur me to make it to watch something other than a space shuttle launch.

I hope you enjoyed my space shuttle Endeavour images!