Ha with an unmodded DSLR, pushing the limits

Read online and you will hear how you can not shoot ha with a DSLR, specifically DSOs that contain Ha with an unmodded DSLR (one that has had it’s IR filter removed) because the current line of DSLRs are not sensitive to the Hydrogen Alpha part of the spectrum. Rubbish. Sure modded cameras are more sensitive, but that doesn’t mean you “can’t” shoot Ha with a DSLR that hasn’t been modded, you just have to use the “right” camera and be prepared for some really long exposures. Below is NGC1931 bottom center and IC417 in the upper left, the Spider and the Fly: 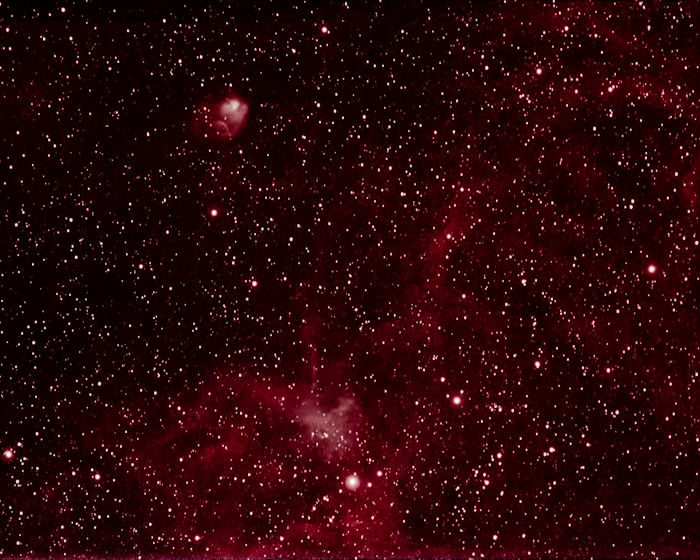 This is shot with my Nikon D7000 of course, using a Baader 2″ 7nm Hydrogen Alpha filter, 20 25minute ISO 1600 exposures. That’s right, 20 exposures of 25 minutes each. I think I threw out one, maybe two frames because something happened. This Sirius mount just rocks.

Can you shoot a “better” image with a modded or monochrome camera? Absolutely! But you certainly can shoot hydrogen alpha with a DSLR or even full narrowband with a DSLR that has not been modded. The filter that they talk about is on the front of the sensor in the camera and reduces light at the wavelength of hydrogen alpha by sixty to seventy five percent. While this certainly makes for long exposures and introduces a lot of chances for things to go wrong, it does not eliminate your ability to capture ha with a DSLR. In fact, virtually all red nebulous regions in astrophotography taken with a DSLR are hydrogen alpha areas that are showing up even without modding.

In addition the manufacturer of camera is really not an issue. This image was shot with a Nikon SLR digital camera, but you could just as easily have used a Sony digital SLR or Canon.

If you would like more information here is an excellent, albeit long article on shooting IR and hydrogen alpha with a DSLR including camera modification.

I hope you enjoy my Ha with an unmodded DSLR article and HA with a DSLR image!