Burnham’s Celestial Handbook is an astronomy book that has been something I have heard about over and over again ever since I have really been into astronomy. I was always dubious as to their value to my astronomy as they were old (1978), not available new that I could tell (if they were really good, wouldn’t they still be in print?) and pretty large (2138 pages total).

After getting a set in good shape from a used book store, for more than the original new price I might add, I have spent some time looking through them and actually using them. What I have found is that they can indeed be very useful.

If nothing else, Burnham’s Celestial Handbook will make you learn. To use them you need to read the first 101 pages which tell you how to use the books. These pages alone are worth the price of admission as they discuss topics such as sidereal time, celestial coordinates, the classification of stars and galaxies, the H-R diagram of stellar luminosities, spectral classes, and of course, the nomenclature used throughout the book. Even if you are familiar with most of this the review is quite nice. After getting antiquated with the basics he starts systematically and alphabetically going through all the constellations detailing all the objects within each one. The pages are filled with pictures, charts, diagrams and his “descriptive notes”. 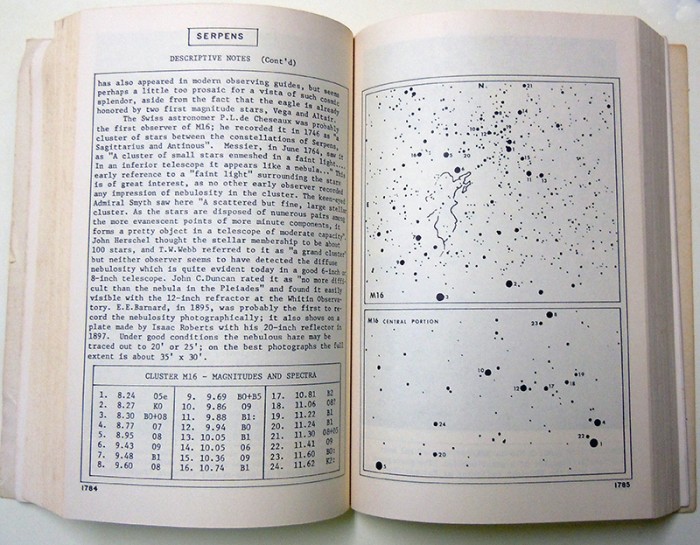 A great example is his notes for Alpha in Canes Venatici: “ALPHA (12 Canum) Mag 2.89 (slightly variable); Spectrum A0p or B9.5p. Position 12537n3835. Name- COR CAROLI, “the heart of Charles”. The popular story is that the star was so named by Halley in honor of King Charles II of England. According to R.H.Allen, “This was done at the suggestion of the court physician Sir Charles Scarborough, who said that it had shone with special brilliance on the eve of the King’s retun to London, May 29, 1660.” Of course the text goes on quite a bit just about this star but this excerpt should give you the general idea of the wealth of not just scientific information but the story behind some of it as well. 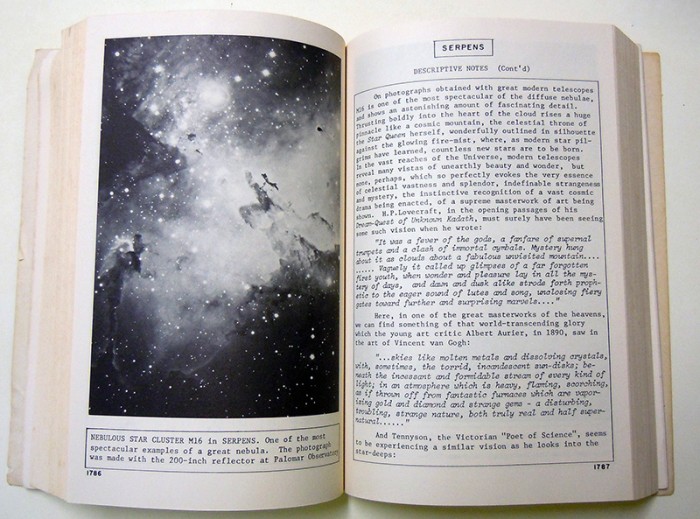 One could spend their lifetime simply following in the footsteps of Burnham as laid out in Burnham’s Celestial Handbook. How he completed such a fantastic work is beyond me. That may be why such a project is a rarity. If you have not read at least some of this set I urge you to do so. If you have a copy and no longer ready it, I would ask you to share it with others. Make sure that your astronomy club’s library has a copy.

You can often find copies of this wonderful astronomy book on Amazon.